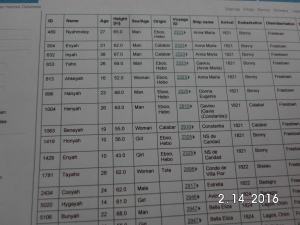 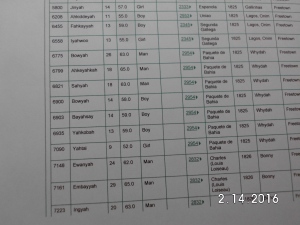 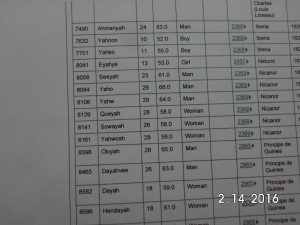 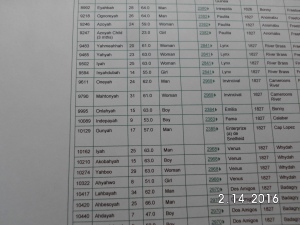 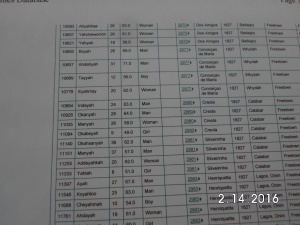 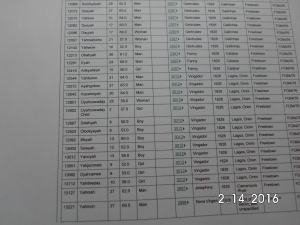 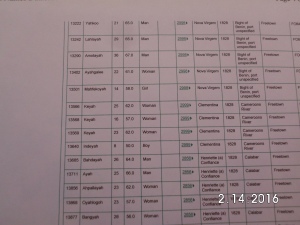 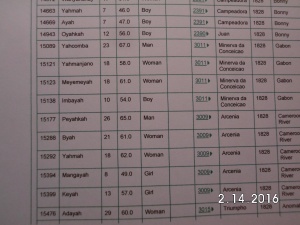 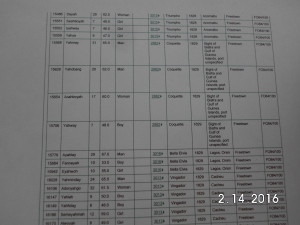 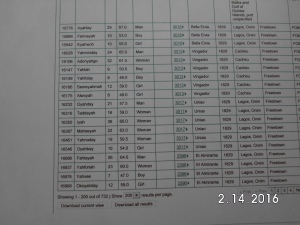 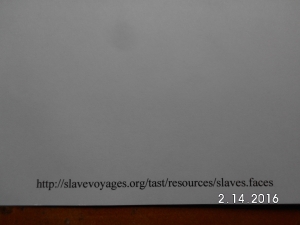 A photo above, of the website where the slaves names was copied. I tried to take as clear as an image as I could of all five pages of names. My camera is cheap y’all. Click on the images to see the names enlarged. The hard copies of the five pages of names were collected on 07-24-2012. I am not sure if the names are still on the African Names Database.

Anyway, This group Israylite slaves (from all 5 pages) were taken from Freetown, Sierra Leone but they were on different ships (the ships left from Freetown but the Israylites were taken from different areas, not one village). When reading the names, you will notice that some of the names repeat, some have the letter “j” in the names which is more than likely because of the English scribe who recorded the names. The letter “g” can sound like the letter “j”.  I noticed on page four, that Aforeyah’s child had no name. This baby was probably under eight days old and we know Israylite boys (or children?) had no names until the eighth day. There were several very young children on the list. 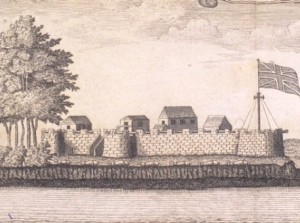 I read that there were several slave ports in Sierra Leone but Bunce Island was the principle port. Bunce Island was a British slave trading post off Freetown Harbor. Most of the Israylite slaves taken from Bunce Island where taken to the British Colonies of South Carolina and Georgia (the Sea Islands) where they developed extensive rice plantations. Sierra Leone is part of what is called ‘the rice coast’ of Africa which includes Senegal and Gambiyah.

In 2013, historians reported learning that two United States presidents, George H.W. Bush and George W. Bush are descended directly from a slave ship captain who operated out of Bunce Island and other slave trade bases in Sierra Leone region in the late 1700s. Their ancestor, Thomas “Beau” Walker came from Bristol (SW England), one of Britian’s principle slaving ports. He was found to have been involved in eleven expeditions in the slave trade. He immigrated with his fortune to the United States where he became naturalized in 1792. Walker settled for a time in New Jersey. One of his descendants, Dorothy (Walker) Bush, was the mother of George H. W. Bush.

*Our names (tend to) have the Most High Yah’s name included in them. We are married to Yah.

Shalom, my name is AshantiYAH. I am a servant of the Most High Yah and His son Yahoshua. I am a messianic Israylite. My hometown is T'zion. View more posts